The Death of Fire & Movement

This article was originally posted at gamesquad.com

With the arrival of Issue 150, Fire & Movement has ended its 33 year publication run. Those unfamiliar with the history of the magazine can review a brief rundown of that topic at this webpage. 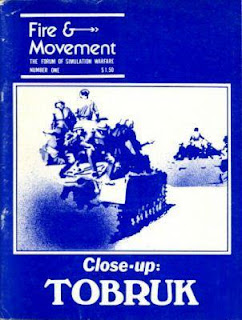 As is well known now, the magazine began life as the brainchild of Rodger MacGowan, who set the tone for the board wargaming industry - that is what it had become - in the mid-1970's through his graphic design and his all-encompassing approach to coverage of topics in his magazine (it was not a "house organ", but devoted itself to covering works by all publishers, large and small).

Since 1991, Decision Games has published Strategy & Tactics, Moves and Fire & Movement (at one time, S&T and Moves were house organs for SPI, and competitors for F&M). The three magazines went hand in glove to provide global coverage of the wargaming scene, as described by the publisher:

Fire & Movement: Helping you decide which wargames to buy


Moves: Helping you decide which strategies and tactics to use

Editorship of the magazine most recently passed to J. Bernhard (Jon) Compton. In an interview in 2005, he stated that he had been in the industry for "15 years", citing Miracle on the Marne as his first design. He had previously worked as editor and publisher of Gamefix Magazine and his designs also included Foxhole, a "grand-tactical" (platoon level) game (or microgame) which was originally published in Gamefix. In the Spring 2009 issue (Issue 149), Compton revealed that he planned for Issue 150 to be his last, citing a new job, relocation, family commitments, and recent automobile accident (in which his computer containing his F&M files) as being demands incompatible with delivering a quality product in a timely manner.

By this point, F&M had reached a very erratic publication schedule; what had been published at one time every two months had fallen drastically. There were only two issues in 2007, three in 2008, and one in 2009 (my "Summer 2009" issue actually arrived in January 2010). 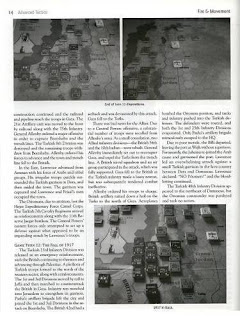 Another blog entry of mine discussed some of the challenges F&M was apparently facing in terms of physical quality, with poor black and white imagery and few illustrations to support their articles:

Jon Compton responded to a statement that the magazine's layout was "bush league" at consimworld:

Quote:
The entire budget for the editing, art, layout, proofing, and contributor issue shipping was all of 550 dollars per issue. I did what I could with what I had. That said, by any real standard the layout was not bush league, although the printing and over-saturation of everything certainly was. I'd dare say that more attention was put into the layout of F&M than any other DG pub. No trapped white space, solid widow and orphan control, even margins, and no broken-up articles in any issue. But the graphics were what they were since we had to take what we got and had no budget to do anything more professional. DG starved F&M of resources until it just wasn't possible to continue. The printer continued to cut the pages wrong until I finally gave up complaining about it.


Mr. Compton makes a valid point about the difference between layout and printing quality. Personally, I feel there is a certain irony in that the last issue made it to press with a proofreading snafu. The masthead contains a call for submissions for future issues. A simple oversight, easily overlooked, but still, I can't help but feel it is somehow emblematic of something. But I digress. It is mostly just too bad that Decision Games starved this magazine of resources.

The notion that the internet is "competition" for magazines is false, and given the proper resources, there are two main reasons that a decent magazine should be able to do well.

a) wargamers are tactile creatures - its one of two reasons that board wargames still continue to sell in the first place (the other being the social dimension). Nothing compares to being able to hold a physical object such as a counter, mapboard, rulebook or yes - glossy magazine - in one's hands, or display it on one's shelf. Tangible products are still sought after and cherished.

b) If someone enjoys or is even passionate about a subject, they will not read just one thing and then stop or find themself sated. They will tend to pursue their interest or passion through multiple media. They will watch movies, television shows, play games, and yes, read books and magazines about their favourite subjects, in addition to surfing the web, talking to friends, and other forms of recreational endeavour.

My question to you

How many times have you heard people complaining about the "noise to signal" ratio on your favourite internet forum? Isn't it true also of most internet sites of any kind? Doesn't the risk inherent in publication require editors and authors and publishers to bring their "A-list" material to any printed endeavour - unlike "free" and unvetted material thrown onto the internet?
Posted by M.Dorosh at 6:33 PM 4 comments: Links to this post