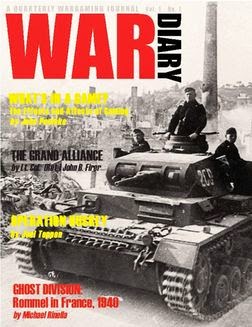 Despite what the editors refer to, in the maiden issue, as "months of preparation and work," that self-same premiere has been accomplished with amazingly little fanfare. Sadly so, in my opinion, as the wargaming hobby has been poorer for a lack of quality periodicals. The editors apparently feel the same way and have announced an intent to address this condition. Their goal - again, as stated in their own introduction, is not to publish yet more games (which seems to be the function now of most of the remaining general interest wargaming periodicals (as distinct from "house organs" that devote themselves to single product lines)) - but to provide the mix of historical articles, game analysis, and industry and hobby related articles that marked the best of "old school" hobby writing that the editors promise to be reminiscent of.

This blog entry will not be a review so much as a simple description of what lies between the covers of the first issue. I can only imagine many are curious, and, hopefully, wish for an endeavour such as this to succeed. I am in a unique position in also producing a small hobby wargaming magazine, which in no way should be considered a "competitor" of War Diary as I feel my focus is sufficiently narrow to avoid that title. I mention the fact in the interest of full disclosure, but more to highlight the fact that I can relate a little more fully to some of the challenges around the technical aspects of putting a project like this together. If I seem more forgiving of minor gaffes, this is probably why.

The magazine is very nicely laid out. I suppose if the magazine was truly "old school" the articles would all go for two pages, then have a "continued on p.28" notice and you would turn to the back of the magazine to read the last half column of text, but not here. Articles, images and ads are nicely laid out into just the right amount of room, text is nicely justified, fonts are well-chosen and readable, and the editor doesn't act like he picked up the latest women's fashion magazine or update to Quark and feel like he has to show off every bell and whistle in the software. The emphasis has been put on the material.

A minor point - in the last days of Fire and Movement, the text moved farther and farther toward the edge of the page until there was practically no margin whatsoever. I never understood that, and even a response to a letter to the editor never cleared it up entirely. It's nice to see a nice, clean layout here.

What You Get
There are 44 pages (including the covers).

Ghost Division - the lead article is pure history taking up 18 pages or so, focusing on the 7th Panzer Division in France, and the effects of Rommel's personal leadership. The article is footnoted, and sources are a mix of older texts with good usage of more recent ones from the last decade. As one would expect from Dr. Michael Rinella, the prose flows well and the sources are well utilized. The footnotes are actually as interesting to read as the text itself, something you don't always (or even often) see. 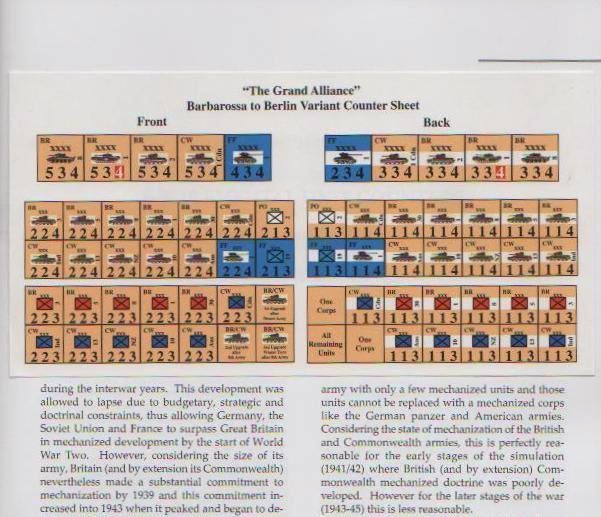 The Grand Alliance - a variant article for Barbarossa to Berlin. This variant includes rules and a set of counters affixed directly into the magazine, uniquely attached to a blank space on one of the pages (see image at right). The article takes up five more pages.

A nice little article on e-gaming by Andy Loakes appears on pp.32-33, with a handy list of URLs - many of these may well go out of date within a year, but one hopes the author can keep regular and timely updates on this subject in future issues.

What's In a Game is a more personal story about one player's relationship with the gaming hobby, and a fellow gamer, which covers themes of personal redemption and the influences of Kickstarter, eurogames, electronic gaming.

A game review, of Gloom, follows, and what I can only call a Preview of The Great Game, which is currently available for preorder at the Legion Wargames site. The preview is about half history article, and half game description.

The final article is billed as "A Discussion of the Game Publishing Industry and It's (sic) Customers." This is another opinion piece like the "What's In a Game" article. 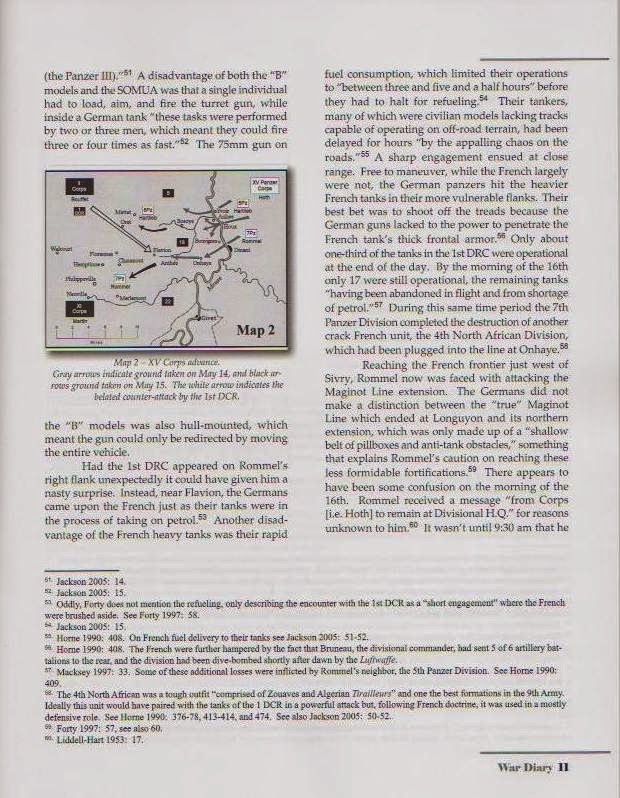 Some of the maps selected for the Ghost Panzer article are a tad too small to read. The Sicily map is a familiar one from the U.S. Army History. It is a colour map, but reproduced here in black and white, and comes out a bit murky. More puzzling is the very famous photo of OMAHA Beach in Normandy used to illustrate the article about Sicily. A minor bit of trivia, but if the audience is hard-core military buffs, this seems ill-advised.

The editors may get some grief about the pencil sketches of military commanders that appear throughout the magazine. They may be derided as mere filler. Individual tastes will vary. I thought they provided a unifying theme though some of them did not come off as well as others (Patton looks like his helmet has melted in the sun.)

The list of URLs in the e-Gaming article is inconsistent with its underlined text - some are, some aren't. A few minor typos as well - most egregious is the mis-spelling of Rundstedt's name in one of the quote boxes on page 15. As an editor I know the horror of this and it is quite possible two or three people looked at this article multiple times and still missed it. You just stop seeing the trees because of the forest.

I would hope, though, that more images of the games themselves will grace the magazine in future, particularly in analysis articles. The OMAHA Beach photo took up half a page in an article about a game that didn't have a single image of the game board or counters. The text actually says "as you can see from the game map" - but never shows it to us, instead opting for the blurry historical map instead, unless the intention was to include the game map but for technical reasons it never occurred.

Overall
I won't give a grade or a mark because:

a) this is the first issue and the editorial team is no doubt still finding their way;
b) individuals will have to figure for themselves if this is the kind of magazine that will appeal to them

For what the editors set out to do - create an "old school" magazine that will appeal to wargamers, I think they are on the right path. There was a mix of hard-core wargame stuff and lighter fare, certainly with the opinion pieces and even the so-called "non-wargame" reviews.

I guess the only major question to be asked is whether the latter were intentional, or due to lack of submissions/content.

My personal reaction is that I have no heartache reading reviews of games I won't play as I am still interested in the history behind them - which is why "The Great Game" article still interested me. I had no such interest in Gloom, any more than I had interest in reading articles about "Wrasslin'" when Avalon Hill published those in The General. But I digress.

For what it is worth, this is what War Diary Number 1 looked like. I enjoyed the magazine and felt that what I received was of value and that a great deal of effort had gone into producing it. I'm looking forward to upcoming issues, and hope that the quality of submissions allows the overall quality to remain high. The magazine can only be as good as those who write for it.

More info on the magazine is here: http://tacticalwargamer.com/magazines/wardiary/wardiary.htm

And the magazine's website is here: http://wardiarymagazine.com/
Posted by M.Dorosh at 10:26 AM No comments: Links to this post 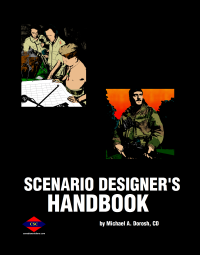